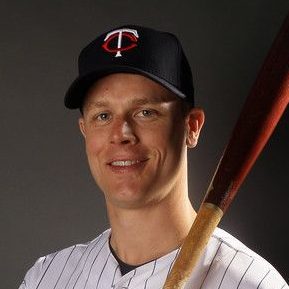 I wanted to be a hockey goalie since I was 5. There were these pads in tyke hockey that we got to rotate wearing. I loved those pads. As I got further into hockey, I became more and more interested in being a goalie. I would go to my brother’s hockey practices, he was two years older than me, and I would be their goalie. Those practices started at 5:30 a.m., but I didn’t care. I just wanted to get out on the ice and play. My dad thought I would grow out of it, but I never did. He finally let me in net, and I never looked back.

As I grew up, my friends and I would play hockey on and off the ice. We would play in the street, church parking lot or at school. Because Vancouver doesn’t get cold enough to freeze anything over, we got used to playing street hockey. We would split up and play the best of five, or the best of seven. As we repeatedly played these pick-up games, we became better and better players without realizing it. We just saw it as fun. No one was forcing us to play.

I grew up in a small town in Canada called New Westminster. Because it was a smaller town, about 25,000 people when I was there, our hockey organization was compact. We had fewer kids playing than other cities. And, because of that, we were always the underdogs. We enjoyed that.

We didn’t have scouts coming around to watch our games that often; however, we had a guy on our team that actually played, later in life, for the Swarm Lacrosse team in Minnesota as well as minor league hockey. He coached the Swarm for a while, too. He was the best player on our team, so we had people coming around to watch him. I would get seen by scouts because of that, but they weren’t coming out specifically for me.

I always thought, “If it were meant to be, it would happen.” I never sought anything out. They just eventually found me.

As a 16-year-old kid, I went to a junior hockey camp. I opted to only stay for a couple of days because I wanted to retain my college eligibility. If you stayed longer, then you would lose your eligibility to play NCAA hockey in the states. I played in an exhibition game, and then ended up backing up the starting goalie for a few regular season games, but then summer came. It was time to play baseball. I played baseball since I was 3 or 4 years old. I started on my brother’s tee ball team. It was harder to get my friends together for pick-up baseball games, so hockey usually took precedence, but I always loved to play baseball.

That summer turned out to be a good one. Our baseball team won the Canadian National Championships, and I was named top catcher and hitter at the tournament. After that, I knew things with baseball was going to transition into something more.

When it was time to report to hockey training camp again, I decided not to go back. I wanted to focus on baseball. I just knew that sport better. If I went to juniors, I wouldn’t have time to practice baseball. I was going to miss out on a lot of stuff, and I didn’t want that.

The coaches called and said, “Hey, are you going to come out?”

I said, “Nah, I’m good.” I think they were shocked to hear a Canadian kid say, “no,” to junior hockey. But, it just made sense to me. I knew I wasn’t ready mentally. I wasn’t mature enough; however, about 95 percent of kids in Canada would have jumped at that opportunity. It didn’t fit for me.

They replied, “You sure about that?”

“You know you are Canadian, right? Canadians don’t play baseball,” they told me.

“Are you thinking of playing college ball?” they asked.

I was 17 when I made that decision.

Education was important to me. My mom was a teacher. I knew, with baseball, I could always play in junior college, go to a four-year college or get drafted. There were opportunities there. Plus, I didn’t want to miss out on high school. When you are playing junior hockey, you are playing roughly 70 games a year. My school work would suffer.

It’s tough for me to say I love one sport more than the other. I love hockey. And, I love baseball. It was the education component that sealed the deal. I could play baseball and get a degree, which seemed like a better path for me. I’m glad I did it because shortly after I made the decision to stick with baseball, I talked with my first scout about a career after high school.

Trust my instinct. No matter how great an opportunity is, make sure it’s the perfect opportunity.  If I followed what my hockey coaches thought I should do, then I would have never followed my instinct to say, “No” to juniors and take a chance on baseball. I knew I wasn’t ready to go farther into my hockey career, and I am glad I made that decision.