I Believe In You Part 2 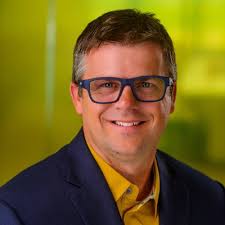 Wade Beavers is an accomplished Senior Executive and entrepreneur with demonstrated success across the software, healthcare, and real estate industries. Throughout his executive career, Wade has held leadership positions at companies including IBM and DoApp. Involved in his local community and has volunteered as a Head Coach for the Rochester Youth Football and Baseball Associations. Currently resides in Rochester with his wife and 2 sons

Just in case you forgot: Bottom of the sixth in the 10U Minnesota State Championship game. Our team is up by one, 8-7. The game ison the line. Collin is pitching.

I walked back into the dugout with a complete sense of peace in my decision. As the boys were warming up for the bottom of the sixth, I asked our scorekeeper what part of the order was coming up and he replied, “We got the top of the order.”

I knew the answer, but I asked the question in hopes my memory wasn’t right.

“What have they done so far?” I asked.

A low and slow response came,“Leadoff hitter, 2 for 3, three runs scored. Two hitter is 1 for 2, with one walk and one RBI. Three hitter is 2 for 3, with two RBI’s, and the kid hitting cleanup is 3 for 3 with four RBI’s.”

I chuckled inside and then commented,  “Go big or go home right?”  Our scorekeeper had an odd sense of humor too, so he got my remark and replied, “Buckle up coach.”

Collin’s warm-up pitches were on target, and in the zone.  My biggest worry was his velocity. Was it in the realm of crushable and meaty?  At the 10U level, an overpowering pitcher is 50 plus miles per hour (MPH). Collin’s pitches were in the range of 40-42 MPH.  I know this because I set a goal to improve each player’s velocity by 4-6 MPH by the end of the year. Collin started the year at 35 MPH, and through his hard work, he was hitting 42 MPH consistently by the end of the year.  Exceeding expectations of the 4-6 MPH goal put him in the ripe zone of “perfect” batting practice speed.

As the catcher hollered, “Coming down,” I was still at peace with the choice.  I got a look from Collin as the leadoff hitter stepped in the box, Collin had an aura of collectiveness I hadn’t seen all year.

Maybe he knows something I don’t know.

Collin settled into his pitching position and kicked up his first pitch, which was right across the plate.  He delivered a solid 42 MPH ball on the outer half of the plate to which the left-handed leadoff hitter slapped at, and sent it toward our third baseman in the form of a routine ground ball.  I anticipated an easy out only to see our “best player” bobble the ball and fumble it like it was dipped in butter. When he finally got control of the ball, like any all-star 10-year-old would do, he proceeded to throw it to first base, because his instincts triggered him to do so.  Like 99 percent of all outcomes when that happens, the ball sailed high in the air over the first baseman’s glove and into the chain link fence behind him. The leadoff hitter reacted appropriately and headed to second on the overthrow. Our parental proclaimed “can’t miss prospect” right fielder missed the backup memo on this play, as we’ve practiced it 100 plus times. And, the leadoff hitter, and tying run, was now standing on second base with no outs.

The tension was rising in the dugout as one of the assistants informed me that,  “Jackson is ready to pitch.”  By the way, Jackson is our “best player” third baseman.  So, I am being informed that the player who failed to do his job is ready to replace the player who did his job, so I can keep my job as the future travel baseball coach of this age group.  I reply, “We are good.” I could sense the frustration my assistant coaches had with me in that moment. Collin, in his consistent pace, takes to the next hitter.

The next pitch floats to the outer half of the plate, and the hitter watches it  fall into the catcher’s glove.

I’m not sure why he said, “Ha three,” but I knew what he meant. It was a feeling of joy, relief and hope all in one.  Collin was locked in. Whatever was lacking in skill, was inevitably being overshadowed by a kid who believed he was Jack Morris pitching in the 10th inning of the 1991 World Series.

“This kid has coconuts., I chimed to my scorekeeper. He laughed at my comment, because he knew this moment was too tense for the both of us to do nothing, other than laugh at it.

As the number 3 hitter strutted to the plate, the opposing team’s coach put together a pattern of signs that indicated something was in the works. I anticipated it was the classic little league “fake bunt and then steal” play.  It’s a low brow, yet effective, tactic all of us competitive middle-aged coaches use to manufacture a run when we are desperate. I’m not proud, because I’ve done it too, and I have justified the tactic as “bold baseball.” As he put together his plan, I countered with a pitchout call.  Collin delivered and sent it out of the strike zone as planned. The runner was on the go for third. Our catcher snatched the ball and snapped a throw which was on target. Our third baseman extended his glove only to have it deflected off and rolled a few feet away. Another error derailed the correctly called out plan.

At this point, I can see the parental popcorn gallery pacing back and forth as to demand a pitching change, immediately.  Collin still looked more relaxed than the backside of a pillow on the mound, and I was sitting front row for this conclusion. I’m all in on this kid, and his stoic demeanor has me believing he has some magic to make here.

The hitter gears up to hit Collins pitches into next week.

YES! I want to scream from the rooftops.

Collin throws three straight pitches that pierce the strike zone, and the number 3 hitter misses with swings that looked baffled by both the placement and the speed.

COLLIN IS ONE OUT AWAY!

Hitter number 4 walked to the plate, and like any nervous coach, I am screaming instructions to every player on the field as if I have it all mapped out. There is tension on the field, in the stands and in the dugouts.  This is a battle of David and Goliath. A hitter who has proven his dominance with a 3 for 3 game, and four RBI’s, against a 42 MPH pitcher who’s credentials include mop up performances in games that never mattered.  This game mattered. It mattered to me. It mattered to Collin. It mattered to everyone immersed in the moment.

Collin set his delivery from the stretch. He kicked high, and fired his first pitch.

The hitter jumped on it and cracked it with the bat.

The ball screamed right back at Collin. And, in self-defense, he got his glove high enough to prevent what would have been an injury to the face and deflected the ball off the back side of his glove.  The ball sailed up in the air, and a good five feet to the left of the pitcher’s mound. The runner at third ran for home, and the hitter was on his way down the line towards first.  In this moment of pandemonium and everyone screaming, Collin reacted in slow motion to grab the ball and make an off-balance throw towards first base. It seemed like an eternity for the ball to get to the first baseman’s glove, but it eventually got there.  As it landed in the grasp of the glove, I could hear the umpire say, “Out!”

It’s all I could hear at that point.  Everything else was white noise except the word, “Out!”.

I pretended to be calm and collected, but inside, I was jumping for joy.  Collin was mauled in adoration by his teammates, and all was good.

What I learned as a coach:

Your name and your word are more valuable than any other asset as a coach.  Making a promise can be life changing for a person. Whether the outcome is what you want, your promise will pay larger dividends.  This time it worked out. Other times, it has not worked out. My promise was more important than the win. I needed to follow through with a promise that I made to a 10 year old boy.  As Colonel John “Hannibel” Smith from the A-Team says,”I love it when a plan comes together.”

What I learned in that moment:

Stay true to your virtues.  It is easy to be tempted to make a change to ensure popularity, but in the midst of crisis, principals matter. Laugh at imperfection, because through it we see the beauty.