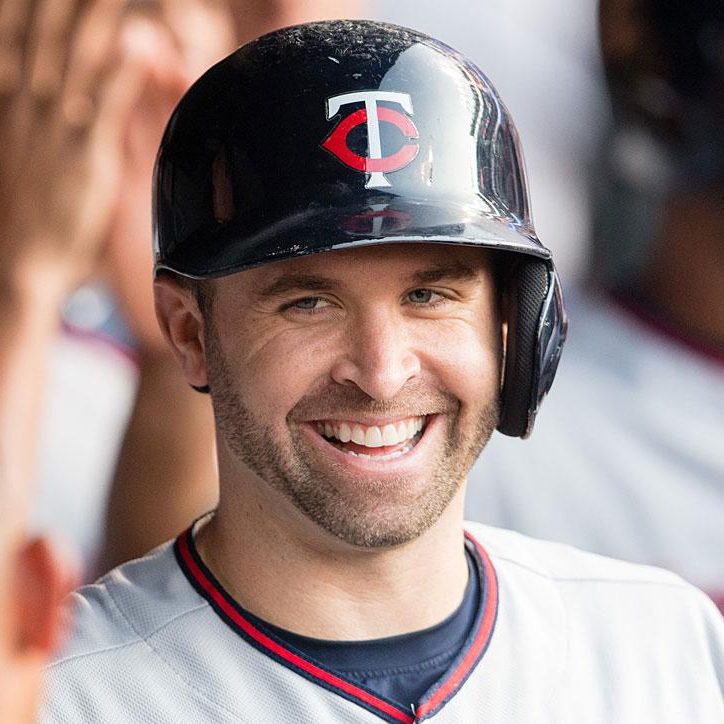 Current MLB player with the Los Angeles Dodgers. Previously player on the Minnesota Twins (2012-2018). Broke into the Major Leagues in 2012 and is the Twins starting 2nd baseman. MLB All-star, and gold glove winner.

April 14th, 2009 is forever etched in my mind.  It was a play I made 100 times as a short stop during my college career.  That moment could of changed my chances of playing professional baseball, and it changed how I looked at leadership and being a teammate.  One play changed my trajectory.  One play that, in the end, actually helped me become the teammate I am today.

I was having a great year as a senior at Southern Miss.  I was hitting well, feeling great playing the game I loved.  To give you a little background, my junior year, the Cubs called me on draft day and asked if I was willing to sign, if I was taken in the 8th round. I was honored, but I felt that if I stayed healthy and continued to improve I would be a higher draft pick.  I had only missed two starts in my entire college career; one as a freshman and another as a sophomore to attend a family funeral.

It was the 35th game of the season, and we looked the part of a College World Series team as we were putting a pounding on Jackson State 16-2.  I was 2 for 3 with 3 RBI’s, a double and a stolen base. In the top of the 7th inning, a ground ball was hit deep in the hole. I went hard, dove for it and landed on my right shoulder. I heard a sound that like of a cork bottle popping. I knew it wasn’t good.  Funny things cross your mind when you know you’re injured.  The offer from the Cubs rushed in my head, “I should have taken the deal.”

The result was a broken clavicle; a plate and eight screws.  Taylor Walker was our 3rd baseman at the time, and he stepped up to take over at shortstop while I was hurt.

I was frustrated. I left the team to figure it out while I was feeling sorry for myself.  I went to movies, hung out with my girlfriend, I concentrated on rehabbing and didn’t think much about the team anymore.  While I was secluding myself, something was happening to the team, they started losing. They were looking for a rallying cry, looking for someone to lead, looking to rely on one another as teammates and family.  Where was I? Was I leading? Was I a good teammate?  I was nowhere to be found is where I was.  A week or two later, we were playing Tulane, and they took 2 of 3 from us after we already had lost twice to East Carolina and lost to Ole Miss.  I walked into the locker room after the game, and you could hear a pin drop.  Nobody said anything to me, but I knew what they were thinking, “Where have you been?” “Why are you here?” “What are you going to do to help us?”  There was no need for a word to be said.  It was a moment that made me uncomfortable, because I knew I abandoned my team.  I committed the cardinal sin of being a teammate and a leader.  I left them.

I was tugged by something, at that moment, and Proverbs 27:17 hit me, “Iron sharpens iron, so one man sharpens another.”  It was that moment that I said, “Forget the draft, forget all ‘my stuff.’  I see my brothers hurting, and I gotta help somehow.”  I was now traveling with the team, going to practice, talking to guys and so forth.  I was now leading with my words, thoughts, encouragement, and “being there” instead of leading with my bat and glove.

I got to enjoy the moment and experience, and the best part of the game, which is being part of a team. The outcome was awesome as we rallied from a 5-9 league record to put together a 13-3 run and went on to the Gainesville Super Regional and Atlanta Regional. Then to the College World series in Omaha.  I made it back from rehabbing my injury to play two games in Omaha. To be a part of this was so worthwhile, because I was with my teammates.  It was an experience that I’ll never forget.  I learned so many lessons along the way.

The draft came, and my name wasn’t called in the 1st round, or the 2nd, 3rd, 4th, 5th, 6th, or 7th.  But it was called in the 8th round by the Minnesota Twins.  Twins scout Earl Winn saw something in me to convince the Twins that I had something beyond good skills.  Earl told me later that one of the reasons he wanted to draft me was how I handled myself during the injury, and how I was such a great team player.  All I can say is, “Iron sharpens iron.”

When injuries, or adversity, hit, it is easy to feel sorry for and be focused on yourself.  My teammates need me, whether I am hurt or playing.  There is always a way for me to help out my teammates, and that doesn’t always involve hitting a grand slam walk-off home run.

When you help out a teammate, both are extremely rewarding.

How I try to apply what I learned

I need to be there for my teammates.  I have multiple types of teammates.  Whether it is in the clubhouse or at home.  I need to “be present.”  I need to support my wife at home, and my teammates no matter how I am doing on the field.  They need me “present” under all circumstances.