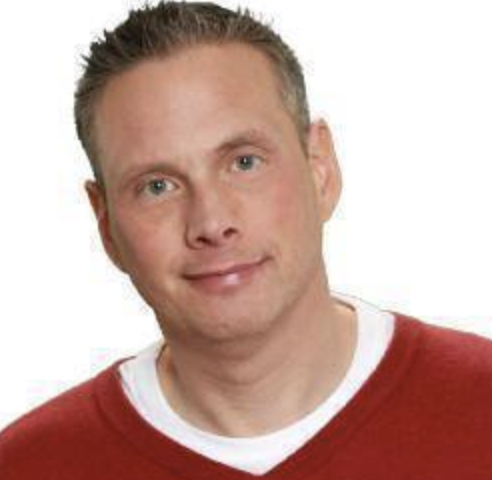 Fmr Twins clubbie, Fmr co-host of the PA and Dubay Show on KFAN, and co-hosted The Judd and Dubay sports talk show on AM 1500 ESPN

I’ve always been a sports fanatic. I have memories from when I was 5 years old, sitting next to my dad watching the Vikings game. I went to work for the Minnesota Twins at 18 years old. I was a clubhouse guy. A friend of mine had the job in 1986. Half of the crew left in September to go back to college, so my friend asked if I wanted to fill in. I was at the U of M. We worked until 2 a.m., and it was the best six and a half years. I was there for two World Series. I got to pour champagne over Kirby Puckett’s head. It was the best job ever.

I would have stayed with them a lot longer than I did, but unfortunately, one day I was playing, what we called, tater ball. We would use those little brown bats to hit. Anyways, I completely blew out my knee playing the game, so I was laid up for quite some time. They had to replace me. I was 23, almost 24 years old at the time.

I went to Brown Institute for a nine-month broadcasting program. When I completed the course, I made a demo tape. I sent it everywhere. The first nibble was a country station in Wausau, Wisc. That just wasn’t my gig.

The second nibble was for a part-time, behind-the-scenes, minimum wage job at KFAN. Essentially, I would sit behind a control board overnight and on weekends, listening to a network feed. When they went to break, I cued the local commercials.

Eventually, I got an opportunity to do that during live programming for the morning show. In the world of radio, if you are in the room for a morning show, you are part of the crew. I ended up chiming in here and there, making a wise crack when necessary. I worked on the morning show for a couple of years. Then, my chance came.

They brought in Paul Allen, who worked at Canterbury Park, to do sports updates at the top and bottom of the hour. He and I had instant chemistry. We saw things in the same way, had a similar sense of humor and loved local sports.

I approached my boss at KFAN and asked if he could find a little slot for the two of us, maybe on a weekend, just to see if what we had would work. We got our chance, but it ended up being because Jessie Ventura ran for governor. He had a time slot on KFAN, and once the election started to heat up, they told him to take a leave of absence.

“We’ll let these clowns fill in for three months, and then Jessie will be back,” the station thought.

As the months went on, it looked like Jessie might actually win. And, we were getting better ratings than he was. Then, it all blew up. Jessie won, and it was the start of the 1998 Vikings season. So, PA and I had this great time slot, and we were able to ride the momentum of the Vikings. From there, we just took off.

My Entire Life Changed After Just One Time

I was 39 years old now. I was a casual drinker, never did anything wrong. I went through a horrible divorce. It could have been on the Jerry Springer show. It led me down a bad path.

In 2007, I was at a party when somebody through crack cocaine on the table. I had never seen it before.

I responded with, “Oh, I thought that was crack.”

I was that naïve. I didn’t know that rock meant crack.

My thoughts immediately went to the hell I had been going through with my divorce. I had never done anything significantly wrong, ever, in my life. So, maybe I should take a 24-hour mental vacation, just take a break. It was a Friday night. I didn’t have to be at work until Monday.

The way I looked at it was, “I was going to take a dip in this pool, and I’ll climb out when I’m done.”

In reality though, it was as if I slipped through a hole in the ice and spend years trying to get out.

I remember waking up the next morning thinking, “I’m screwed.” I was hooked instantly.

I was terrified. I was a public figure, a radio talk show host. I thought, “I can’t do this. This is ridiculous.” For the first month, that was my mindset. But I continued

I remember the point where it got out of hand for me. My estranged wife at the time was coming over to pick up some belongings at the house. I thought to myself, “You know what. This is insane. You’ve been doing this for a month. You still have everything in the world to lose. Stop this right now. Nut up your courage and tell her you need help.”

When she came downstairs, I said, with tears in my eyes, “I’ve been smoking crack cocaine for the last month. You have to help me. I can’t do this.”

She looked at me and said, “I can’t help you.” And she walked out.

That’s when I hit it hard. I was out of control for a couple of years. I wound up switching to meth. I had periods of sobriety, but never that long.

And all it took was that one time.

There were days I would wake up and say,

My radio show was from 9 a.m. to noon. I was never high at work. Later, some people would question that, but I never was.

At the end of my day, so noon, I would go home. I’d sit in my house, by myself, and it would just be a seed of a thought. Then, it got bigger. My entire demeanor would change. My heart would start racing. I would get sweaty. Five minutes later, I’m pacing around the house, nervous. After that, I was on the phone calling somebody.

After about a year, I went to my boss at KFAN and told him I had this problem, and that I needed to take a leave of absence to go to treatment.

My boss was stunned. He had no idea.

I took four weeks off and went to a 28-day program in Waverly, Minn. I knew nothing about recovery, and I resisted it. And after my 28 days were done, I couldn’t wait to get out and get high.

Within a month or so, I got pulled over and had a half a gram of crack cocaine with me. It’s like a bread crumb. So, I got a fifth-degree possession charge and that’s when KFAN let me go. I wound up all over the news.

I became a felon, lost my job and became an outcast of society. It’s a tough thing to come back from.

I had some sobriety, got myself together, and got a second chance to work in radio with 1500 ESPN. I worked there for a year. I really loved it. I thought, “Here we go. This is going to be the start of something big. I’m going to be here for years. Finally, I got things straightened out.”

However, they had some budget issues and had to let me go. I wound up spinning out of control.

I was alone. I was completely estranged from my family. I had few friends. I went back to my apartment and was depressed.

In 2015, I got pulled over again, this time for speeding. I was in Cottage Grove, and a tiny dog came running into the street. I had to lock up my brakes, so as not to hit him. This woman came out, picked up her dog and was very appreciative I didn’t hit him. My heart was pounding as I pulled away. I wasn’t paying any attention to my speed, and I was right in front of a school. A block later, I got pulled over.

It turned out I had an unpaid parking ticket from two years ago that I didn’t know about. And, because I didn’t pay it, I had a suspended license. I had no idea. Because of those circumstances, the police were able to search my car. I had some old paraphernalia in a computer bag I carried with me. They found it, and I got my second felony possession charge.

Unfortunately, it didn’t get better after that. In 2017, I was living in a trap house.  That’s a house with a lot of drug traffic coming and going. I was seeing this girl. We were at the house, and another woman was there, getting high. She was jealous and angry with me and my girlfriend at the time, and the two women got into a heated argument. They were going to attack each other, so I stepped in the middle. The police showed up, and I ended up getting a third-degree assault charge. I was completely innocent. I’ve made mistakes in my life, I admit that but this is one thing, to this day, I’m not guilty of.

My plan was to bring in a witness and fight the charge. When the time came, the prosecutor said, that typically, a third-degree assault gets 6 months in jail, but they wanted me to do four months. If I pleaded not guilty, they would charge me with first-degree assault, which could get me seven years. Of course, I took the 4-month sentence, which put me in the Washington County jail. This is where I believe God’s work came into play.

A man, who was approaching his graduation with MN Adult & Teen Challenge, was put into my pod for 10 days while he waited for his sentence to be delivered. This was Dec. 2017. He couldn’t stop talking about Teen Challenge. He was exuding his love. It was coming out of his pores. I had him in my face every day telling me the amazing parts about it.

Unfortunately, his sentence came back, and he got 72 months in jail.

When he got back to the pod, I told him, right then and there, that I would go to MN Adult & Teen Challenge and finish what he started.

He looked at me and said, “If you do that, then this might make it all worth it.”

I spent 13 months in MN Adult & Teen Challenge and graduated January 25th, 2019. The way I have been cared for is a big deal. It is a Christ-centered facility, run by two pastors. I’ve realized that I’m not in charge. God has a better plan for me. I have always been a willful person. I figured I had a better answer. I had a better plan. But now, I know I need to trust God’s will.

I’m being blessed with opportunities I couldn’t imagine for myself at one time. I have a clear direction and a clear mind as to where I’m going.