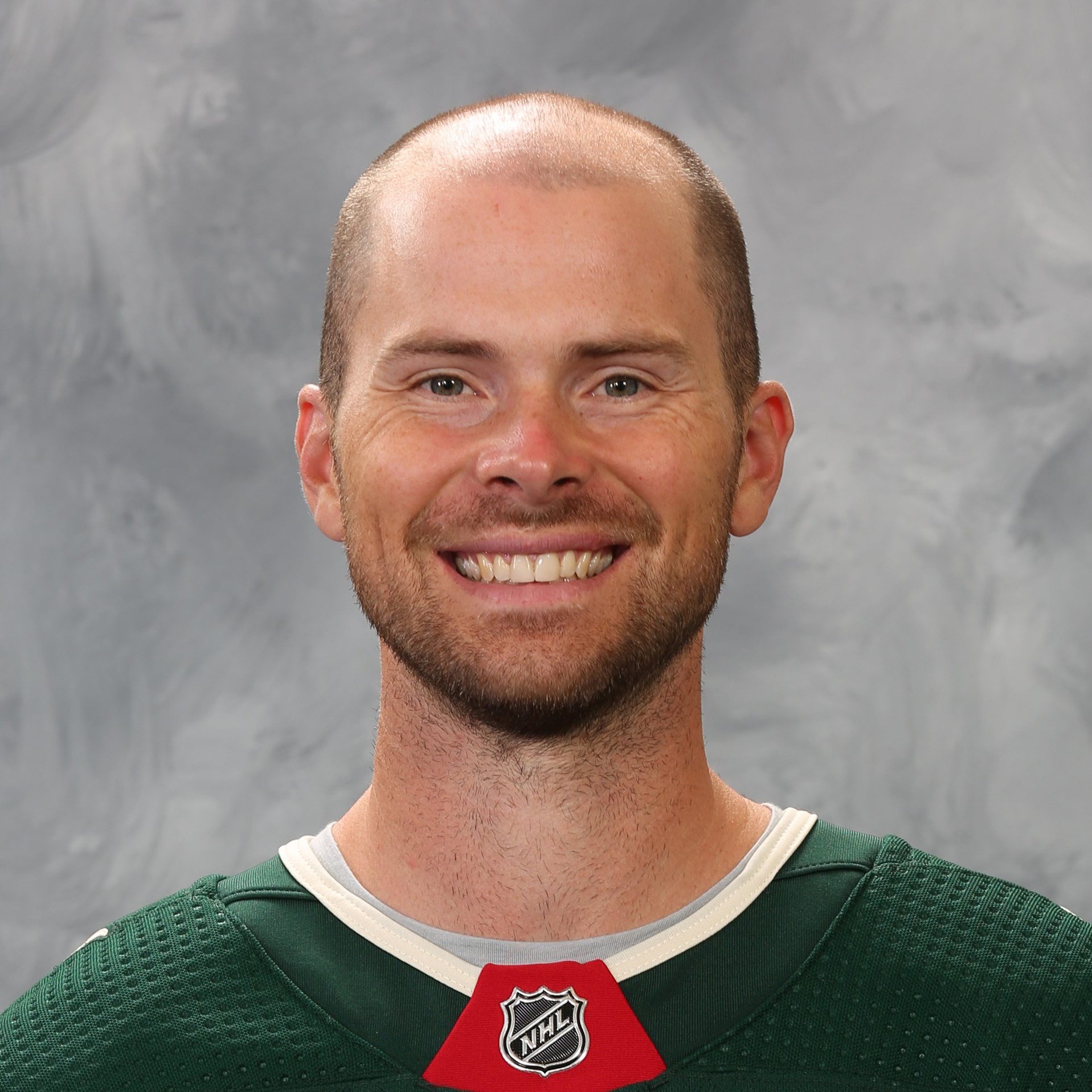 Born and raised in Elk River, Minn. Prosser brought grit to the Minnesota Wild in a role to get in the face, and under the skin, of opposing players. Prosser was a "late bloomer" who barely cleared five feet until a growth spurt late in high school and filled out to 6-foot-2, recruiters came calling. Played two-plus seasons of junior hockey with Sioux Falls of the United States Hockey League and earned a scholarship to Colorado College. Signed with the Wild late in the 2009-10 season. Prosser currently lives in Plymouth, Mn with his wife and 2 kids.

I had been with the Minnesota Wild my entire hockey career, seven years. I was familiar with the team, the coaches, management, how they operated. It was my home. Then, all of a sudden, I sign with the St. Louis Blues in the summer for the 2017-18 season. I had two kids, at the time, a wife and a house in Minnesota. I never, up until then, had to pack up my stuff, sell a house and move to a new city.

Not only did I fear that fresh start with my family, but I was also nervous about going to a new NHL organization. Even though I had played in the NHL for a number of seasons, it was the idea of “starting fresh” that got my mind racing. I have always had the same eyes on me, the same coaches, the same management. They all knew what I brought. The voices of self-doubt tried to creep into my mind.

“There are all new eyes on you. What if they don’t like the way you play? How is my family going to fit in?”  The fear was going to a new organization, a new city, and not knowing what to expect.  This built up a lot of stress and a lot of anxiety for me.

Nevertheless, I loaded up my Tahoe with my kids’ stuff, my stuff, and my hockey equipment. I had to be in St. Louis in September for training camp, but my family was not coming down until October.

I walked into the locker room that first day, I look around, and I did not know anybody.  It was a weird feeling when you do this for the first time in your NHL career – look around the locker room and you do not know anybody. We have all experienced this feeling whether it is the first day of school, the first day of college, the first day of a new job, etc. It was a very uncomfortable position to be in. I have seen these guys from afar, I have seen them on TV, I have played against them but I did not know them. The only person they know was the guy they played against on the ice.  That guy was not a nice guy. I had a choice to make. Do I believe the voice that says “nobody will like you because of the guy you were on the ice” or do I challenge that voice and show my new teammates who I really am.

“NO…….This is going to be fine.” I thought to myself

I saw Alex Pietrangelo, the Blues captain, and I walked over with a smile on my face and introduced myself.  I needed to start building a repertoire with my new teammates. The only player that they have seen is the guy that they played against, the mean SOB.  I am not that person off the ice.  I introduced myself to a couple of other guys and made some small talk. Overall, it was a good experience and many of my fears did not play out.  It was just a completely different realm meeting with coaches, management, and players for the first time.

That whole month was hard, being away from family and the kids. But it flew by fast. Days flew by…weeks flew by…and then my family was able to join me. I was able to play in a few preseason games, and I played well. This was a sign of relief, knowing that management was able to see what kind of style I bring, what kind of game I bring, and what kind of person I am off the ice.

You might be wondering how an NHL player can have fear and self-doubt during times like this.

You see, I have always been a number six or seven defensemen. A bubble guy, in and out of the line-up. I know where I stand in the NHL. I know where I sit in the depth charts. I know where my contract lies. So every training camp, for me, it is go-time. I need to impress. I can’t go into a situation and sluff off, be down, or negative. That has been a staple for me my entire career.

I come to the rink with a smile on my face.  I told myself that I am still in the NHL, I am still playing hockey for a living and I am still doing what I love to do.  I needed to put that perspective in my mind. “Let’s start fresh, this is a new journey!”

Whether I am in or out of the line-up, I do not put out negativity. I am not down. I want guys to know I will always have a smile on my face, be positive and energetic, just what the team needs that day. I am here to build the guys up. Then, as my dad always said, I can flip a switch when it comes time to be on the ice. Hockey is that sport where you need to have some gravel in your shorts. When it is time to play, I am a mean S.O.B. However, when I am off the ice, I flip the switch off and I need to be a good father, husband, son, and friend.

With that mindset, I was able to get over the fear and anxiety of being with a new organization and in a new city. I started that journey with a positive outlook, and it worked.