Look Beyond the Field 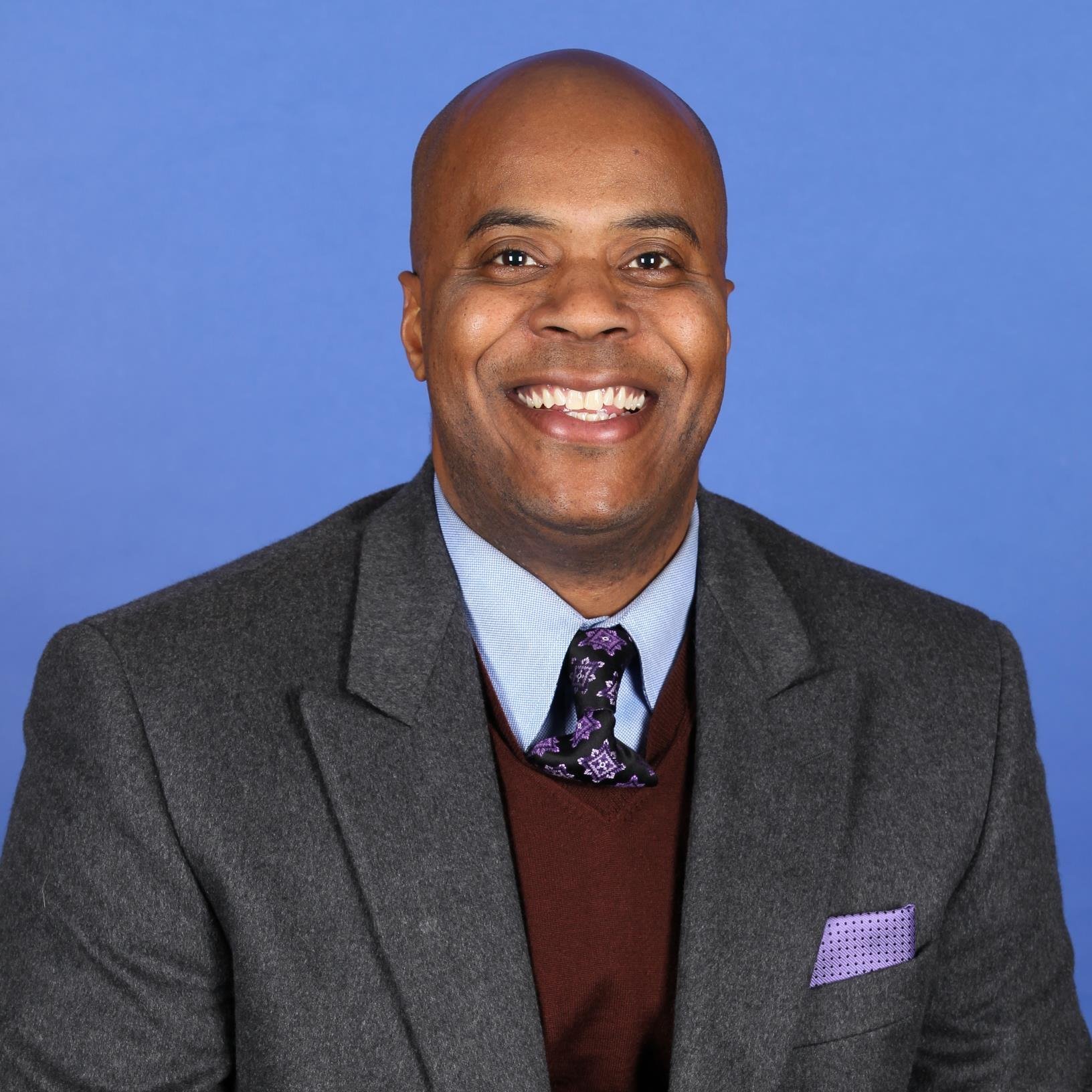 Chad knows the sports in and out. He has worked for the Minnesota Twins for almost 14 years. He has a Bachelor of Arts (B.A.) focused on Elementary Education from Augsburg College. Chad also owns and operates a Snap Fitness. He lives in Arden HIlls and has 3 kids.

I was a good athlete, but not great. I knew, coming out of high school, that unless the good Lord wanted to really, really, really, bless me—not that I didn’t have blessings—I wasn’t going to be a pro football player or compete in track professionally. I knew my chances were slim to none, so I focused on getting a great education and networking. I wanted to make sure I put myself in a position after I graduated where I could get a job and contribute to society.

One professor my sophomore year of college presented me with that opportunity.

She reached out to me after class one day and asked what I was doing for the summer. This was in January, I think.

She said, “Well, my godson works for the Twins. They are hiring interns. I think you should go and apply.”

Her godson was a brother by the name of Bobby Van Buren. This was in 1994-1995. He was running the community relations department for the Minnesota Twins.

I was like, “Ok. I never really thought much about it. Alright, that’s cool.”

She connected me with Bobby, and I wound up getting an interview. I remember sitting down with Bobby and Dave St. Peter as well as another guy through my interview process. I got the internship and stayed on for two summers—going into my junior year of college and my senior year. I also did two J-terms with them, in January, and worked with Twins Fest.

One of the interesting things to me was growing up, as an African-American kid, you see the field, you see the court, you see the 10 basketball players or the 22 football players. You always see the black athletes, but what I never saw were the people behind the scenes that bring the game to life, whether on TV or whether the spectator was fortunate enough to be at the game. I got a chance to see that when I interned for the Twins. It opened up a whole new world for me.

I remember watching WGN when I was growing up, watching the Cubs play. I never really thought, “If I can’t make it in sports, how cool would it be for me to work in sports.” That didn’t click for me until I was probably a junior in college.

I got my degree in elementary education from Augsburg. I was a good student. I had multiple job offers to teach at elementary schools in Minneapolis, but I didn’t know where I would end up. I got a call from Dave St. Peter of the Minnesota Twins in June or July, right after I graduated.

He said, “What are you going to do now?”

He told me about this community relations coordinator position that was open with the organization. “Come in and interview,” he told me.

Then Dave says, “I got to be honest with you. You would be our 11th interview, but we’d love to have you come down and interview.”

I went to the interview and was blessed to get the job. I did CR for about a year and a half.

After that, Dave and some other guys approached me, in ’99 or around there, asking how I would feel if I moved over to sales and sold sponsorships.

Dave took me to lunch at Hubert’s, which is a different restaurant now, and said, “Here’s the deal Chad. Let’s move you over to sales, worse case, you screw it up and we just move you back into community relations. Why don’t you give this sponsorship sales thing a try?”

It’s a little different today, but when I was growing up, if you were playing sports, it was the end all be all to make it professionally. I never learned or was never taught, that if I don’t make it playing sports, but really love sports, that I could get a job in sports working in marketing, IT, sales. There are people of color in all those sports spaces making a difference. It’s important for kids to know there are jobs in sports beyond being a pro athlete. 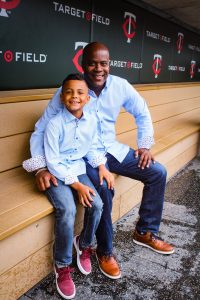 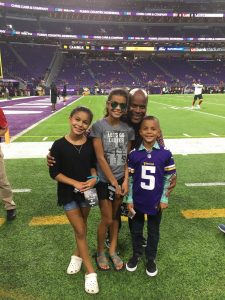 My advice for youth athletes:

My best advice, chase your dreams! I tell my kids all the time, we live in a country and at a time where you can do anything you want if you put your mind to it, put in the grind and the work. Just because you can’t be on the field with those athletes, making millions of dollars, doesn’t mean you can’t be involved. You can be in the front office. If you can’t be on the field, you can still make an impact on the team in a different way.

When I travel and talk to kids, especially kids of color, they can’t believe that there are black people that work in the front office for the Twins. That’s a good and a bad thing. It’s bad because kids don’t see it so we need to tell this story more. You can be the IT guy who designs a program to see how guys run, be the kid that runs baseball clinics for the team or be the kid that see beyond the field. 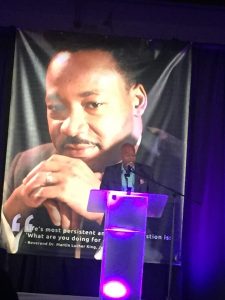