The Business Side of Baseball 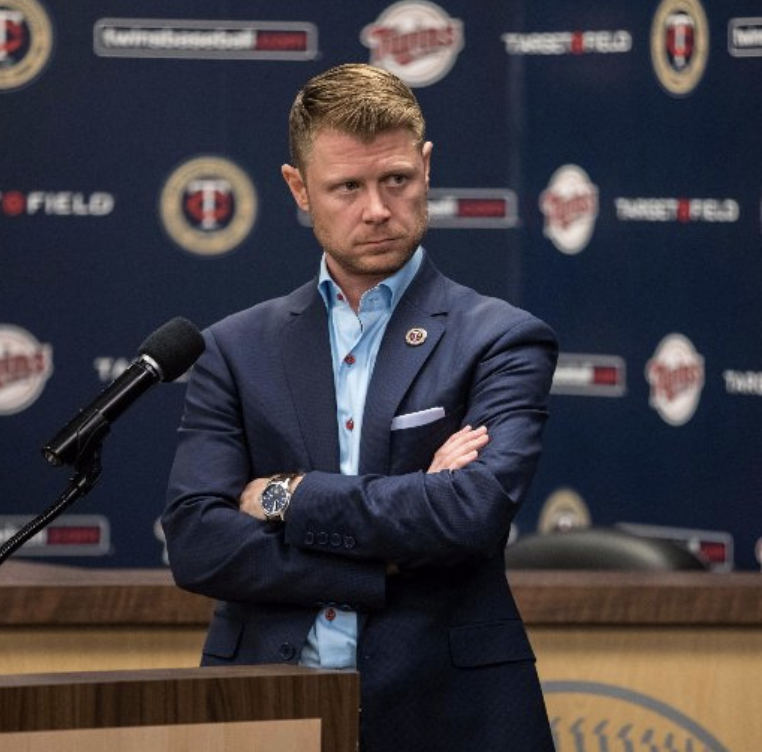 A member of the Twins organization since 2006, he is responsible for all baseball and business communications, day-to-day baseball information, publications, photography, media relations, club archives, and all player and alumni relations needs for the Minnesota Twins. Morse has spent 17 years working in Major League Baseball including an internship at the National Baseball Hall of Fame in Cooperstown, NY and serving as the press liaison for Team Netherlands during the World Baseball Classic. The Twins mark his fourth different Major League organization having previously spent time with the San Diego Padres (2004-05), Texas Rangers (2003) and Chicago Cubs (2002). Morse, 39, a graduate of the University of Wisconsin-Madison where he majored in Communications and Legal Studies. He makes his home in Lakeville, MN along with his wife, Meghann, daughter, Madison, and son, Griffin.

Growing up, I was like every other kid: I loved football, baseball, basketball, and hockey. I decided at a young age that I wanted to be involved in sports in some way. When I got to high school, I realized that some kids were better than me at sports. And because of that, being a professional athlete might not be in the cards for me. So, I needed to adjust and focus on education. That way, I could get involved with sports in another way.

During my senior year of high school, I made it my mission to get into the front office of a professional sports organization someday. When you are 18, you think anything is possible; then, you realize how competitive the industry is. I was a little naïve at the time.

Baseball was and is my passion. It was my best sport, and it is America’s pastime. That was it. I was going to get a job with a major league team. After graduating high school, I attended the University of Wisconsin in Madison, where I majored in communications and behavioral science & law.

My girlfriend at the time, my wife now, got an internship in Colorado one summer, so I moved there with her. One day, as I was sitting in the library reading about major league teams, I found out that there were only a few teams who had open positions. My interest was in public relations, and as I researched, I found out that each team, every sport really, had a little PR agency in the front office. My goal was to get there.

I started writing letters to different teams—generic, handwritten letters. This was the late 90s. I wrote a total of nine letters, and I got nine rejection letters back. Most were form letters, but one gentleman, who worked for the Chicago White Sox, sent me a personal letter, giving me some advice. He told me to build up my resume, separate myself from my peers, and maximize my time in college.

I had one semester left of college, and I needed a summer plan. I wrote another set of letters, focusing on the teams I wanted to work for, seeking an internship opportunity. While I was doing that, my best friend’s older brother was working on a book with the National Baseball Hall of Fame in Cooperstown, N.Y. He suggested I contact the Hall because they were starting an internship program. It was actually the same year Kirby Puckett and Dave Winfield were being inducted (2001). So, as a kid from Minnesota, the job with the Hall of Fame seemed incredible for multiple reasons.

I wrote to the Hall of Fame. There was some back and forth, phone interviews and conversations, but they eventually invited me to spend the summer in New York. It happened so quickly.

I remember the conversation I had with my dad about what I should do.

He said, “Wait a minute … you are contemplating turning down an opportunity to go to the Hall of Fame? Are you nuts? Most athletes end their careers there, and you might get to start yours there?”

He was right. I jumped in my car and drove to Cooperstown.

And, it was amazing. It opened up a lot of doors for me. I soaked up as much as I could. During my internship, I was told that networking would be a key component while navigating through the business of baseball, or sports in general. As the summer went on, the current president of the Hall of Fame took me under his wing.

I went back to Madison to finish one semester and graduate. And now, I was able to zero in on the teams I had contacts for, thanks to the Hall of Fame experience. I had five interviews for a PR position: Twins, White Sox, Cubs, Brewers, and Dodgers.

My first interview was with the Chicago Cubs. And, they offered me a job right away.

My decision wasn’t easy. It was a tough call, but I accepted the position with the Cubs and didn’t go on any other interviews. I spent the 2002 season in Chicago. This is when I learned quickly that sports, from the outside, looks very glamorous, but on the inside, it’s long hours and tough times – but still with a great deal of fun.

2002 was a year the Cubs really struggled. Don Baylor was the manager, and he got fired. They traded away every player. And, there was some drama with Sammy Sosa. I was exposed to a lot, and it was a heck of an experience for me; however, the internship came with an expiration date. It was for one season, so at the end of ‘02, I had to look for another job. It was like being a free agent.

As I looked ahead, there was only one full-time job open. It was with the Texas Rangers. There are 30 baseball teams, so 30 jobs in the world that I was maybe qualified for at that time, and only one was available.

I had a growing network, which helped. When I worked for the Cubs, the PR director of the Rangers came to Chicago on a family vacation. Part of my job was to show them around and give them a tour of Wrigley Field. I took the time to roll out the red carpet for him and his family. So, fast forward to December, one job opens in Texas for a media relations coordinator, and I applied for it.

The director flew to Minnesota for my interview. A couple of days later, I got the job. I packed up and moved to Arlington, Texas so I could hit the ground running in January 2003.

It was my first full-time job.

It was a dream come true. I was flying high. After 11 months, I had it figured out. I was in a groove. And then, I lost my job due to budget cuts in the Rangers organization.

Instead of hanging my head in frustration, my first call was to the Minnesota Twins. I had become close with the PR director there during my travels with the Rangers. I just wanted them to be aware of what happened. They weren’t going to create a job for me, but they gave me some great advice.

I focused on the other 29 clubs and made some phone calls. The Padres were looking to expand their department because they were building a new ballpark, so I cold-called the director there. He was aware of the situation in Texas, and he knew who I was. They were interested, and so was I.

I went for an interview. It was a fun conversation. It was a younger department, and they were selling me as much I was selling them. I fit in well with the group. They hired me in late December, and I started with them in January 2004.

I honestly thought I would be with the Padres forever.

Then, my phone rang during spring training in 2006.

It was the Twins.

They had an opportunity available, and they wanted to know if I was interested. Their PR director was making a shift within the organization.

The Twins asked me to interview, and after getting permission from the Padres, they offered me the job. I started my career with the Twins in March 2006 in Fort Myers, Fla. at spring training.

Fast forward to today, 12 seasons later, each filled with excitement, fun and the amazing opportunity to work in a PR department for a Major League Baseball team. Add to that the fact that I get to go to the ballpark every day for my childhood team, the Twins, and I’m truly living the dream!

In PR, you are really close to the club and to the uniformed personnel. You are almost a shadow of the manager. You get to see and hear a lot of things. You learn what confidentiality and trust really mean. And, you get to work with the players. There are some players who let you do a ton of things with and for them, like Eduardo Escobar and Kyle Gibson. We had some fun times with them. You also know when and when not to bother players before a game. Some guys are so in the zone 75 minutes for the game, so you let them be. It’s about identifying personalities and watching them grow.

My ultimate goal is to connect the personal and professional dots for these players, who probably won’t be playing baseball their entire lives, and hopefully go beyond just being their PR director.