The Whip Changed My Life 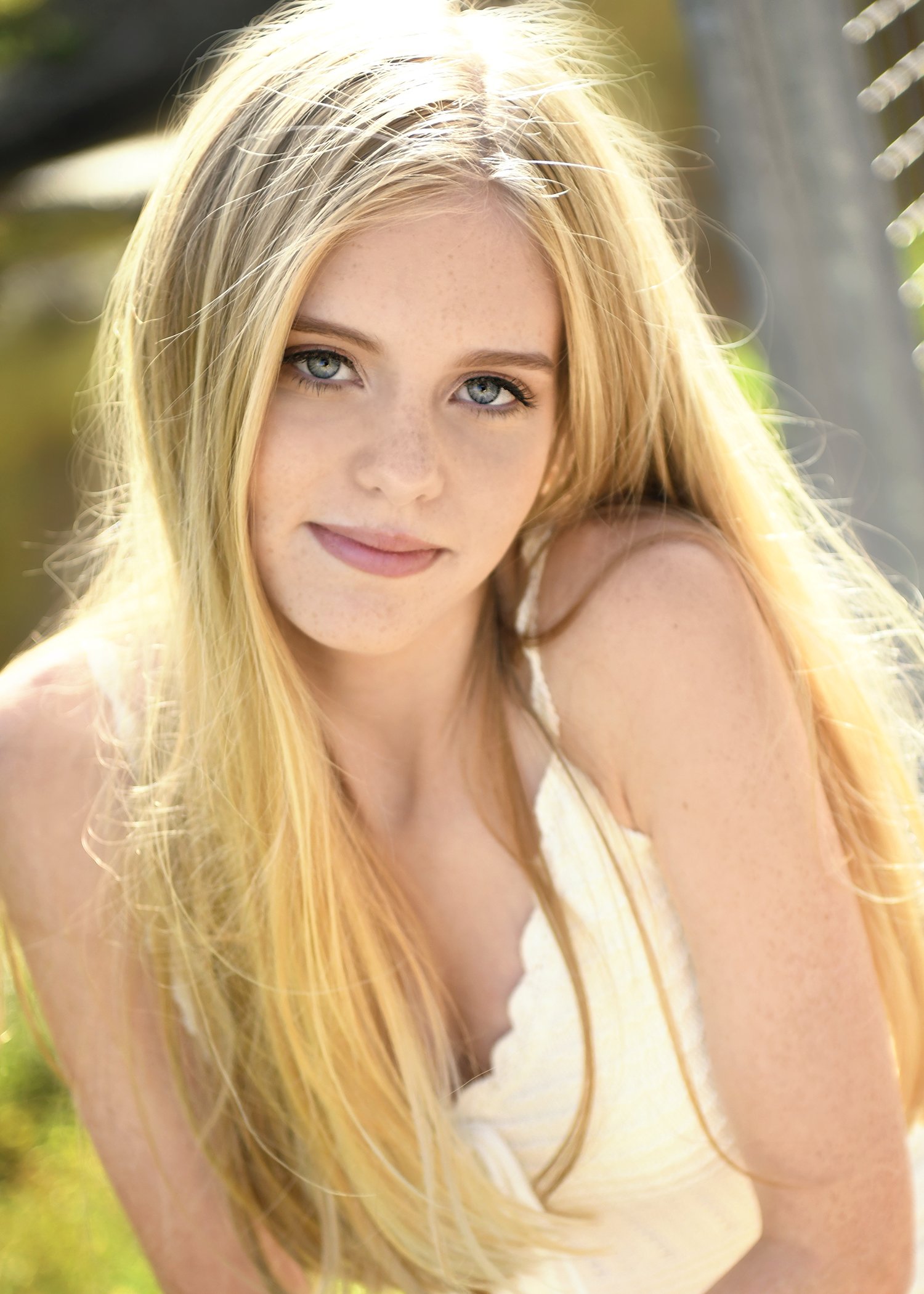 Lauren is a High School Senior. She started swimming competitively at the age of 5, she received two varsity letters and qualified two times for high school section finals. Her swimming career ended after her Sophomore year, due to multiple knee injuries. She is now involved in numerous new activities. Her newly found interests at school has her seated as the spirit chair, manager of the boy's hockey team and an active member of the theater department. Outside of school, she has held the position of head lifeguard and assistant pool director while being a member of the CORE team at her church. (cover photo by Shari Fleming Photography @sflemingphoto)

Watch me” by Silento was the song of summer 2015, hitting the Top 40 charts at #3 in September of that year. This was also the year that I learned just how dangerous it could be to try out the dance move that corresponded with this song. The whip changed my life. While most people in my generation understand the reference, just in case, I should probably explain it. I would demonstrate, but I’m not so sure that it would be a good idea. Instead, Adam Dower defines this dance move in his article on knowyourmeme.com as, “a choreographed dance which involves raising and dropping a knee, while simultaneously  making a car-driving gesture with the opposite arm.” It was the first dual meet of the swim season, and we were waiting for the bus to Benilde. At that moment I felt excited and carefree, but little did I know I was about to collapse on a hill while “hitting the whip”. I guess I should have taken my dance career being over more seriously because I clearly stopped for a reason. Today, I will explain what it is like to live with knee problems, how I got past it, and inform you about trochlear dysplasia and patella alta.

2015 was the year Adele’s hit album “25” was released, the year Hamilton became popular. It was also the class of 2019’s freshman year, and for me, it was the year I discovered dancing really wasn’t my thing. I spent the fall of that year visiting way too many doctors, each with their own differing opinions. Finally, I found one that truly understood what was going on. Her name is Christie Heikes and she specializes in orthopedic sports medicine. She changed my diagnosis from a “bruised bone in my knee” to a torn MPFL or medial patellofemoral ligament in my left knee. I felt concerned, confused, and – to be honest – a bit relieved. I was confused about all the medical terms being thrown at me. What is a medial patellofemoral ligament? Moveforwardpt.com says, “The medial patellofemoral ligament helps to keep the kneecap centered along the front of the knee so that it tracks well during knee movements.” I was concerned, and more questions popped into my mind throughout her explanation. Is this normal? What does this mean? Will I need surgery? Moveforwardpt.com also answers these questions. “MPFL injuries typically occur during a forceful traumatic kneecap dislocation,” (Such as falling down a hill after hitting the whip). “This injury is most common among young, active females. Depending on the severity of an MPFL injury, treatment may involve surgical reconstruction, followed by physical therapy.” What a relief- well not really. I immediately began physical therapy, but after four weeks my knee still wasn’t improving. My physical therapist thought swimming could help. It didn’t. Another dislocation transpired. I was doing 25-yard sprints at swim practice from the starting blocks. As my legs used their force to push me off the blocks, I felt my knee cap slide out of place. It was the intense pain of my knee cap moving off the “train tracks” as my physical therapist described, and the scariest thing is that whenever this happens it’s completely out of my control. Unfortunately, this would not be the last time I would dislocate my knee.  It was, however, the last time I swam for that season.

Once again found myself in the doctor’s office trying to figure out why physical therapy and swimming wasn’t helping me heal. “If it weren’t for the whip”, was all I could think. After more X-rays and MRI’s, they finally diagnosed me with trochlear dysplasia and patella alta. The trochlea is similar to the gap between your knuckles when the hand is a fist. It serves as a guide for the patella, or the kneecap. Trochlear dysplasia is described by kneesurgeon.com, “ In Trochlear Dysplasia the groove is too shallow, and so does not adequately guide the patella until the knee is in deep flexion. ”  Kneesurgeon.com also says that patella alta is, “When the patella sits too high in relation to the femoral trochlea, and so does not properly engage the trochlear groove until the knee is in deeper flexion.” This means my kneecap sits too close to my femur, whose grove is also too shallow. Both Trochlear Dysplasia and Patella Alta “leave the knee vulnerable to dislocation and is associated with a high risk of recurrent dislocation.” How does this happen to someone? Turns out it is based on genetics- thanks, dad!

Now I knew why I wasn’t healing, but what next? My surgeon must have been reading my mind because her next words were “So you have two options…”, all I could think was “Great, only two?” I could have surgery now or later. Later didn’t seem bad at first, but it involved risking more painful dislocations. I chose to have surgery as soon as possible. Unfortunately, the earliest operation date was still about a month and a half away. In that time there were more dislocations, including ones that occur in my sleep or just hanging out with friends. All because of “the whip”.

I had my surgery and I recovered, although it was not an easy task. It’s now the summer prior to my sophomore year. The year of 2016, the year Stranger Things premiered on Netflix, the year the presidential election broke the internet and the year that I decided that I wanted to swim again. To achieve this, I worked out at the pool all summer. Sadly,  genetics got the best of me, and I dislocated my right knee in the beginning of the season. Thankfully, this time I knew what the issue was. So the doctor’s appointments and physical therapy began right away. This time, I came back to the pool and was able to achieve a place at the section prelims meet in two events- I made two new personal bests and came back for section finals in one event. I thought I had overcome this knee defect, but genetics were not in my favor.

It’s my junior year, 2017. The year of the solar eclipse, the rise of fidget spinners, the release of the video game Fortnite, and for me the end of my swimming career.  I was so excited to start the junior year off with another season of swimming, but once again my knee dislocated, and I went through the same process of the doctor’s appointments and physical therapy. After a few long and grueling weeks with little improvement, my physical therapist and doctor suggested that I shouldn’t participate in sports until I got another surgery to create the artificial groove for my knee to solve my trochlear dysplasia and patella alta. All because of hitting the whip. That thought never left my head. The end to my swimming career was a hard one, especially because I had been swimming since the age of two. It was really the only lifestyle I knew and the only thing I felt I was good at.  Dancing clearly wasn’t an option, so what was I to do now? At first I felt lost, but in the end, I was able to be a part of new things I didn’t have time for until I was out of the pool.

2018 has been the year that Minnesota held  Super Bowl 52, as well as the year the United States and North Korea successfully held a summit in Singapore, as well as the year that changed my extracurricular agenda. I gained more than I lost, but that definitely didn’t mean I gained back my ability to dance, without failing. I did, however, find some new interests that were safer than risking it all just to try the new, trendy dance move. I quickly found other activities such as church groups, volunteering, student council, and theater. I was left with the same thought of “If it weren’t for the whip…”, but this time it was different- it was a positive thought. I will still always love the competitive atmosphere of sports, and I will never pass up the opportunity to watch a sports game! Even though the whip changed my life, in some ways it changed it for the better. I had to consciously change my outlook on my injury to not only let loose and laugh but to also grow enough to encounter greater things. If I could sum up the way I feel about my injury, it would be this quote from former NFL player Troy Polamalu, “Injury, in general, teaches you to appreciate every moment. It’s humbling. It gives you perspective. ” And if it weren’t for the whip, what wouldn’t be telling my story. 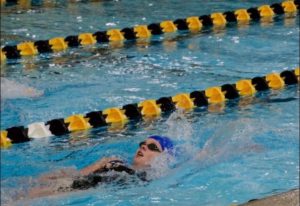 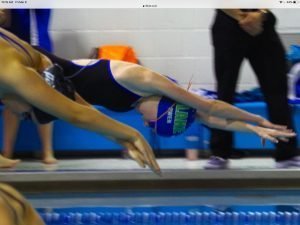 What I learned as an Athlete

I  hope to have given you all insight on what it is like living life with a permanent medical diagnosis. It is not changing but I had the choice on how to deal with it.  I could feel sorry for myself or persevere through these difficulties to find new passions, and maybe a lesson on why you shouldn’t whip too hard. After all, “the whip” is a dance move that was not created for people to dislocate their knees. 2015, 2016, 2017, and 2018 have been very interesting for not only me but the world we are all living in. This world is always changing, but as my life changes, I will never forget how a ridiculous dance, the whip,  changed my life forever.