“Batting 6th. Are you kidding me? How can this be? I am coming off my best year, and I am batting 6th? What is he thinking?”

Coming into the 2002 training camp, I was feeling good. I was coming off a career-high year. We had almost the same team returning. We had a new manager, Ron Gardenhire, who we all liked. We were on the verge of something, I could feel it.

Everything was going well for me at camp.  My body felt good. I was preparing to duplicate my previous year. Everything was on point. Up until our first spring training game.

We went through our morning workout routines. I walked into the clubhouse for lunch, and the line-up was up:

My mind stopped on the sixth spot.  “Sixth? I am batting 6th? I had the best year of my career, and I get moved down in the line-up? Maybe there is some mistake. Maybe Gardy is joking? Why am I batting sixth?” I thought.

“Man, you are batting sixth? Are you in the doghouse already?” one of my teammates asked me.

I didn’t know how to respond.“I don’t know?” was the first thing to come out.

My mind spiraled. I was frustrated and confused.  I was coming off a career-high year.  In 2001, I became one of the best in the MLB at my position. I was the first American League third baseman in HISTORY to hit more than 25 home runs, have more than 25 stolen bases, 100 runs scored and 100 RBI’s. All of that happened with me hitting fourth in the lineup.  In spring training that year, Tom Kelly put me in the fourth spot. This blew me away. TK thought enough of me to put me in clean up position. Yeah, I hit .300 my first two years, but I didn’t show much power. For TK to show that kind of confidence in me really made me feel good, and I responded. Now, I get moved down in the lineup.  I was so confused.

I thought hitting 4th was going to be my spot in the lineup for as long as I was a Minnesota Twin.  I got very comfortable in that spot, and now my world got rocked.

The rest of the spring, and the beginning of the season, I batted sixth. I really struggled with this. I prided myself on being a team guy, but I knew deep down I was being selfish worrying about the spot I was hitting. Insecurities and lies played out in my mind: “Gardy doesn’t like me. Gardy thinks I suck. What Gardy did to me is bootleg. Gardy did me wrong. Gardy didn’t even talk to me about this. Gardy showed me no respect.” I didn’t challenge my thoughts. I just let them play out because they followed the storyline that I made up. On top of this, some players fed into my angst by questioning my spot in the lineup as well.

“Man, he is wrong for that! Did he tell you he was doing that?” they asked.

It wasn’t until two weeks into the season, that I finally went to Gardy and asked him why I was hitting sixth. His answer didn’t help, “David (Ortiz) is a prototype cleanup hitter, and I am putting you in the second third position in the line-up.”

I responded, “No disrespect to David, but I put up the numbers. I don’t understand.”

Gardy answered,”I like the lineup this way and you are hitting in 2nd, 3-hole.”

“What do you mean?” I asked

I thought to myself, “I am not sure if he is being sarcastic or serious. But if he is serious that does not make me feel any better. What a weird thing to say!”

“Ok, that’s cool. It is your call,” I responded and I walked away, frustrated!

I really tried to be ok with it, but I couldn’t get over it. I kept going back to the fact that I had a career-high year, and I was the only player that was moved down the lineup.

2002 was a very tough year for me. I let this affect my play.  Instead of cheering for Big O, who I loved like a brother, deep down I was rooting against him so I could hit 4th.  By the time I got my head out of the sand, I couldn’t get into a rhythm.  I was selfish the first half of the season, and I was embarrassed about my selfishness the last half of the season.

At the end of the day, what Gardy saw in Big O was something special. Big O went on to become Big Papi and a legend in Boston.  I played one more year in Minnesota, and a concussion ended my career three years later while playing in Milwaukee.   Hindsight is 20/20,  Why the heck did I let that affect me so much?

Pride goes before destruction, a haughty spirit before a fall. Proverbs 16:18

I considered myself a team player. I did everything I could to help my team win. On this occasion, I let pride, then self-pity, control my thoughts and rob me of the joy in playing the game I loved. This pride and envy were toxic to me. Instead of focusing on what I could control to move up in the lineup I was focused on stuff I could control. How David was hitting, what Gardy was thinking, what my agent was telling me.  I had a pity party for myself and I invited everybody that agreed with me being “screwed” out of the 4th hole.  I didn’t have anybody that challenged my thoughts and hold me accountable.

How I applied what I learned in business

When I first opened my Planet Fitness, I got my teeth kicked in.  I was failing. I was losing a lot of money.  It was everybody else’s fault. Employees, franchisor, consultants, etc. etc.  Yes, I went to the victim mindset(because this is the easiest place to go) but what I learned as an athlete did help me here.  I searched out people to give me honest assessments. Yes, I had a lot of people that added to my storyline of being a victim. But there were some that challenged me.  Marty Davis of Cambria and Mike Brown of Fision.  I remember being in Mike’s office and he said to me, “Corey, maybe it is not them, maybe it is you. Instead of trying to change them, why don’t you work on you?”  He gave me my first Leadership book, “Leader as coach”  This simple comment change my mindset.  Work on self before I work on others. 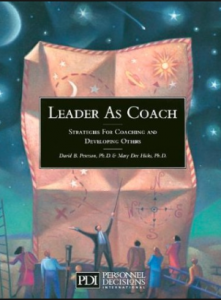 How I try to apply this learning to youth sports

This lesson applies to all sports my kids played. As a parent, it is tough when my kid is upset. I not only see this in my family I see it others.  We get upset when our kid doesn’t make a team they want, they are not playing a position they want, or they are not getting the playing time you feel they should. Reality is, the only thing we can control is our effort, attitude and actions. I wanted to hit 4th, I thought I deserved to hit 4th; pouting and feeling sorry for myself didn’t help me hit higher in the line-up, it only made me more frustrated, What I should have done was what I did my whole career: “Ok, you don’t think I am good enough? That is cool. I will work my tail off and get even better.”

When my kids are getting what I believe is the “short end of the stick” I really focus on what they can control.  I don’t want them to go down the same rode I have been down.  I want them to find victory in their adversity instead of going down the easy road and play the role of the victim.  I believe that by doing this they build self-confidence to know that they have dealt with the adversity and found ways to work their way out of it.  I would prefer them to learn these lessons while under my roof because once they get out on their own the world is not as forgiving.

As a youth coach this can be the hardest. We all have our insecurities.  I have mine and when I get questioned my natural response is to get defensive. I have learned that it is about the kids and it is not about me   Now I just get out of the way and let the kids play. Practice is for me and the games are for the kids is my saying.