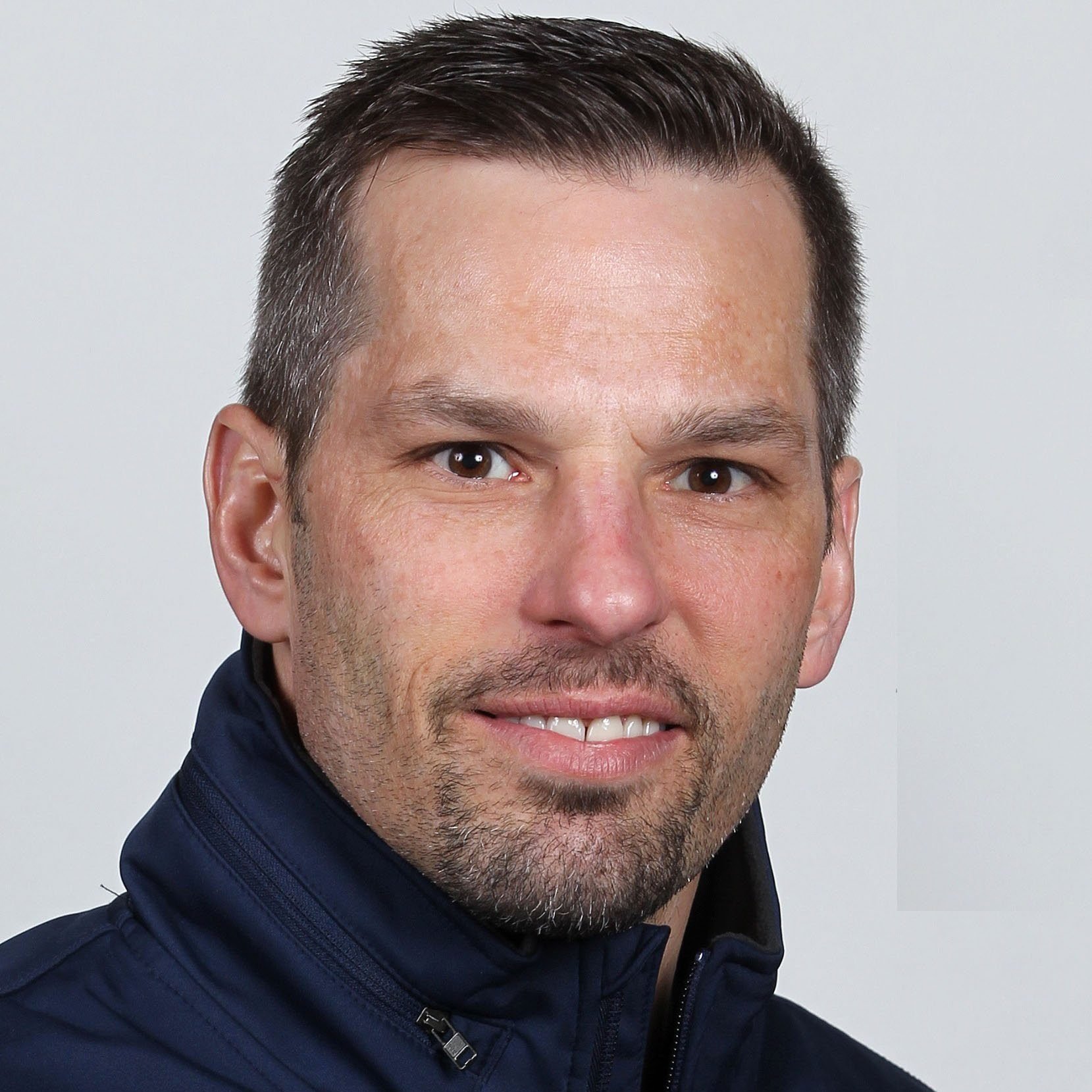 Played 62 games in the NHL between the Kings and Sabres. Was the first goaltender to win the Hobey Baker award for the top collegiate player. Was goaltender coach for the University of Minnesota Gophers for 8 years. Rob was an assistant coach for the 2014 USA Olympic women's hockey team that won silver in Sochi and was the head coach that won a Gold medal in 2018 in South Korea. Rob also started a goaltending training center Stauber Goalcrease in Edina, Minnesota. Currently lives in Plymouth, Minnesota with his wife. He as 2 kids in college.

I dealt with all the above as an athlete and as a coach. I played in the Minnesota State Hockey Tournament. I played college hockey at the University of Minnesota, and I played in the NHL. You might be thinking that is not possible for a Hobey Baker winner to have those thoughts, but it is. My most recent experience with those feelings was as the head coach of the USA Olympic Women’s Hockey team.

The one thing that I was missing from my resume was experience as a head coach. In fact, I had very little head coaching experience, almost none.  I didn’t have that depth of experience to lean on, my mind wandered and at times the chaffer of self-doubt would creep in. But I employed the same strategies that worked well in my playing days.

I had experienced fear and self-doubt at an early age, as a player. I grew up in Duluth, and played on the Duluth Denfeld High School team. We had a good high school team but before that, we dominated youth hockey and we won a lot of tournaments. There was a tournament called the Silver Stick and it was one of the bigger tournaments in Minnesota at that time. We got to the final game and we lost. As a goalie, that was a tough game for me. My parents didn’t know it at the time, and neither did my teammates, but I remember laying in my bed thinking it was all my fault. I vowed that next time would be different. I had to be better. I had to do something different. I didn’t have someone trying to solve the problem for me. I went through the process on my own, I searched. I found a book on sports that taught me strategies to take away that fear, that anxiety, that self-doubt.

Of course, there were other moments as a young hockey player that tested my thinking. As a sophomore in high school, we were the best team in the state of Minnesota. I played with that group of guys since I was 6 years old. They were mostly seniors, so this was their swan song for their high school careers. We were playing in the playoffs, Section 2 semi-finals, we hadn’t lost a game all season. Then it happened, we lost to a team that we beat easily earlier in the season. I gave up a terrible goal, the winning goal. As we were driving back to Duluth from the St. Paul Coliseum, we stopped in Forest Lake at the McDonald’s for some food. I chose to stay on the bus. I was the only player who didn’t go inside McDonald’s. I sat there, devastated. I remember saying, “This isn’t going to happen again. Something has to change.” I looked inward and vowed to do something different going forward.  Thankfully the difficult lose as a sophomore with all my senior teammates was avenged when I was a senior in high school. Our 1986 Duluth Denfield High School team made it’s first trip ever to the State High School Hockey Tournament. A childhood dream came true for me!

Both of those moments were critical experiences in my life. If I didn’t have them, then I wouldn’t know how to handle the negative feelings that inevitably creep up. Every athlete that has walked the face of the earth has doubted himself/herself. I would bet that every person has doubted themselves at some point. It’s normal! It’s what you do after you recognize those feelings that matter.  How do you push them aside and get back on track?

Going into the Olympics I had those feelings.  Canada has won every gold medal since 1998.  I was an assistant coach on the 2014 team in Sochi when Canada beat us in overtime.  It was devastating! I agreed to be an assistant coach again for the next quad 2014-2018.  Everything was going just like it was before, we were dominating the pre-season tournaments and it looked like we were going to have the same mantra going into this Olympics, and then it happened.  The GM of the team decided to make a change in December of 2016. I am now the head coach and the Olympics are 14 months away. I am responsible for the dreams of 23 women. The task at hand was DAUNTING, to say the least.

How do you beat a group of women that have been told since they were 3 years old that “this is their game”?  How do you beat a team that has their identity wrapped in the game of hockey? Canada has a population of 30 million and I would bet that 27 million Canadians care about the women’s team.  They actually care that they win. It is more than a game to them.

This all had to be implemented in less than a year

This might seem great and all but it didn’t come without any blowback from the players.  If you were a player on that team you would have been scared to death. You are being asked not to worry about if you score; you are being asked to worry about both sides of the puck; you are being asked to possess the puck better than you ever have, which means that you don’t dump and chase, and don’t give it up, you don’t do the things you have been told your entire life.  We are blowing their world up and we are saying that we are going to the Olympics and we are going to win this way. I knew in my heart of hearts that this is what it is going to take to win. I was questioned, by players, coaches and myself. Self-Doubt crept in but anytime self-doubt or fear crept in, I brought it back to what I know. I know the game of hockey. I know what wins championships, and I believe in it. I was able to shut it down within a split second. I trusted the positive affirmations more than anything else.

Excitement and positivity came to the forefront, which allowed me to do my job and focus on the task at hand: Beat Canada in the gold medal round. I think every emotion I had came pouring out when Maddie Rooney made a save in the shootout to clinch the win. It was a moment I will never forget.

How to apply this to youth sports:

Kids, in any sport, can do the same thing as I did; however, they need to know what makes them special, or what they bring to the game. It’s so important for kids to engage in more than just the physical aspect of sports. Mental development is just as important.

They need to ask themselves: What I’m good at? What do I bring to the team? What makes me special to the team?

Once kids spend time reflecting on those answers, then the fears and negative thought patterns just have a way of taking care of themselves. They dissipate. Every time fear creeps in, kids must employ a strategy that pushes the thoughts aside. Once kids understand the value of mental preparation, they can reach their full potential. It’s best to tackle those fears head-on, at an early age. If kids want to do their best, then they must look inward. It’s an incredible experience.

We had a saying with our Olympic team: “WHAT YOU RESIST, PERSISTS”  If kids don’t address the negative thoughts and equip themselves with the strategies to move on, then those thoughts get worse as the kids get older. It’s so important to address the issue so self-doubt and fear don’t hold them back.